Adding and Subtracting for Creativity

Home » Adding and Subtracting for Creativity
Previous Next

Adding and Subtracting for Creativity 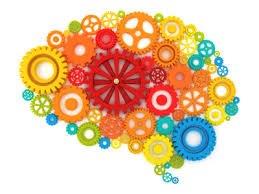 Creativity is a way of thinking, a way of viewing the world, and we all have slightly different ways we create.

Put something in = adding; leave something out =subtracting.

Some creative people start with nothing and add piece by piece until a final work is complete.

The opposite of addition is subtraction. Being creative by subtraction means you begin with a great mass of stuff, then the chip away, removing little by little until the final work is revealed underneath.

Examples of creation by addition

• Musicians and composers begin with a single melody line, beat, or sample and build layers until the piece of music is complete.

• Weavers begin with an idea or design, and then weave thread by thread, color by color, layer by layer until the finished tapestry emerges.

• Poets and writers may write one or two lines at a time, adding slowly, each word carefully chosen and placed in the correct position and sequence and complementing what’s been put there before.

Examples of creation by subtraction

• Archaeologists have a vague idea of what’s buried where they chose to dig, but they delicately, systematically remove the earth and debris to uncover the treasures.

• Sculptors start with a chunk of their chosen medium, stone or wood for example, then chip away gradually until the sculpture emerges.

• Fiction Editors begin with a completed manuscript, and then slowly remove the excess and weak parts to expose a great novel.

Most creative types probably use a combination process of adding and subtracting.

When I’m writing, I start with a premise or theme and add from that. Words, sentences, paragraphs, chapters build until I have a completed novel.

Other times I use subtraction, more correctly called editing, not creating. However, I am taking a whole manuscript and chiseling away to create a finished product.

What about you? Which do you use most adding or subtracting in your creative process? Do you think experimenting in the opposite way would expand or improve your creativity?